« Education is a weapon of peace » M.Montessori 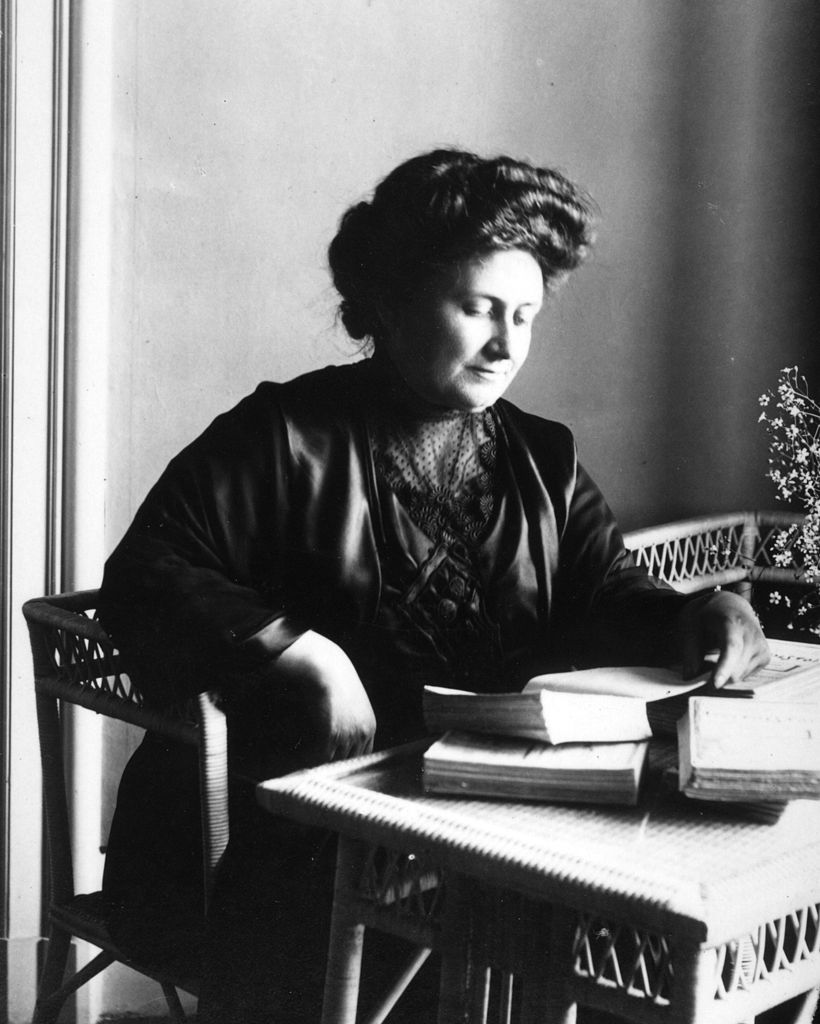 Maria Montessori was Italy’s very first woman to graduate from medicine in the last century. Through her scientific and psychological knowledge, she brought about a new take on children and education.

In 1884, Maria experienced a great interest in mathematics and cooking. She then joined a technical college for boys where she discovered biology and decided to become a doctor. In 1890, she managed to enter university to study sciences, and despite great difficulties, in 1892, once her Bachelor under her belt, she succeeded in integrating the faculty of medicine and got a scholarship.

At 26, Maria Montessori became one of the first women to graduate in medicine in Italy. She then worked for two years at the psychiatric clinic of the University of Rome. There, she studied the behaviour of young patients who were mentally challenged. She discovered that these children had no game at their disposals even though they needed those types of activities to progress and needed to use their hands to develop their mental abilities.

During  the 1899 Pedagogical Congress of Turin, Guido Bacceli, Minister of Education, asked Mariar to give lectures in Rome  Then Speaking of deficient children (in the medical sense), she notably said:

« I had the intuition that the problem of these deficient children was less medical than pedagogical … I was doing a moral education report ».

Shortly after, she created an orthophrenia school. She trained teachers and made them aware of the importance of observation:

« observe and do not judge.»

The creation of the first children house (Casa dei bambini) took place in 1907. To improve life in the neighbourhood, an organisation began to work on the construction of two buildings to group the population living in this slum. The director then asked Maria Montessori to organize the children’s lives in these buildings, according to two specific goals :

Parents havdfree access to the school. In return, they had to ensure the cleanliness and the good behaviour of the children. The teachers had the obligation to live in the building in order to optimise their work with the parents, in the shared goal to educate the children. La Casa dei bambini became a research base, an experimentation laboratory where Maria Montessori built and tried her method. Many associations and charitabe organisations are asking her to create children’s houses at the time. She multiplied her travels to carry out conferences and organise teacher training courses.

In 1929 she founded the International Montessori Association which aims to preserve, spread and promote the educational principles and practices she developed for the full development of the human being.

Today there are more than 22 000 Montessori Schools spread on  five continents. Many studies showed the interest of that pedagogical method for children of war victims and autistic kids.

The material is in free access within the classroom so that the child can choose his own activity and settle wherever she/he wants. The child uses all the needed available space, carries objects and moves around. This helps with the development of their motor skills.

Each object (equipment, chairs, tables …) is tidied up by the child to allow him/her to evolve in an orderly atmosphere. Everything has a place. One takes the equipment on a shelf and then brings it back when they are finished with it. The child cannot just leave it at the slightest distraction happening around them.

Discipline is important in the Montessori pedagogy. It translates into compliance with certain rules such as tidying their work, speaking softly, respecting others, or carrying out the responsibilities they are assigned assigned such as watering the plants or taking care of a pet…

The materials in the Montessori method are pedagogically designed to appeal to children, meet their needs and generate interest. It is divided into four sections which correspond to the different areas of child development: the practical life, the sensorial, language and mathematics.

Each material is presented to the children individually and collectively so that the child can eventually handle it alone.

It allows the child to do as adults do, and meets his need for imitation. This material teaches the child to do on his own, develops motor skills, (use pliers, pour, clean, rub, wear, open, close, screw, unscrew …), develops muscular strength, which will help towards learning how to writing later on.

The sensations are associated with each other and identified using the vocabulary. The child learns to recognize them, to graduate them and compare them.

Learning how to write

Thanks to the materials for reading and writing, the child learns that words can be translated with letters representing sounds (rough letters, Association of the route, the visual and Phonetics). Writings exercises are proposed to better prepare children for their entry to elementary school.

The math material helps children understand abstract concepts through a concrete approach,. For a Montessori student, numbers, fractions, additions and multiplications are not only writing games on paper, but things that are perfectly concrete and based around the manipulation of objects, comparing them, quantifying them and using geometric shapes.

It was by pure luck that we discovered the pedagogy of Maria Montessori shortly after the birth of our children, after our research into proximal mothering. We were delighted to find a Montessori school not far away. We always believe in our gut instincts and to trust our first impression, our first impression in the pre-registration visit was more than good, so we went for it.

We have enrolled two “babies” of 2 (which were not walking so well :), thank you for welcoming them despite that. After a year, they became real blossomed little boys, happy to go to school, be social, improved linguistically and with their motor skills. Thanks to a wonderful team of educators, it is always a pleasure for them and for us to go to school each morning.

We particularly appreciate the attention and closeness of the teaching team with parents and the festive days in school. Thank you for this school life learning, and long-lives Secrets d’Enfance!